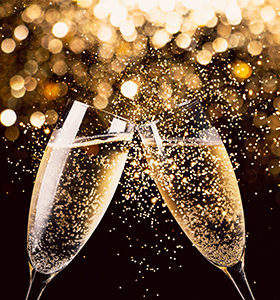 View all vintages of this wine | View all wines by Bollinger

Bollinger's 2009 Millésime Edition Limitée 007 has a very clear, fine and fruity bouquet that reflects a perfect blend of Grands Crus dressed with Pinot Noir (68%) and Chardonnay (32%). Fermented in small used barrels and disgorged in February 2014, the 2009 is very elegant, intense and balanced on the palate; it reveals a remarkable finesse with fine pearls and sweet cherry-flavored fruit. Its finish is well structured and quite powerful and fruity, though it keeps the elegant style. Could be drier for Bond, though that's for the girls, isn't it?

Back to the facts. Here's how Bollinger comments on the 2009 harvest: Favorable weather conditions allowed the vines to bud mid-April, slightly early compared to the average of the past ten years. Flowering was disrupted by rain and cool temperatures. Early summer was marked by a succession of violent storms that raised concerns of vine health. As of August 1, there was uninterrupted excellent weather until the harvest, which ran from September 12 to 27 with idyllic temperatures. The average potential alcohol for Bollinger reached 10.1° with an acidity of seven grams per liter.

92
Stephan Reinhardt, Wine Advocate (223), March 2016
Please note that these tasting notes/scores are not intended to be exhaustive and in some cases they may not be the most recently published figures. However, we always do our best to add latest scores and reviews when these come to our attention. We advise customers who wish to purchase wines based simply on critical reviews to carry out further research into the latest reports.
Follow Us