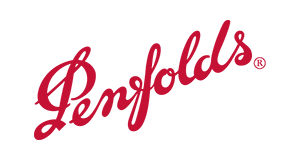 View all vintages of this wine | View all wines by Penfolds

When you find a great Aussie Cabernet, they really are something. For example, the 2004 Penfolds Cabernet Sauvignon Barossa Valley Kalimna Block 42 blew me away, although Barossa is not necessarily known as a region for Cabernet. I gave the wine a perfect 100 points. It's one of the few Barossa reds that shows an incredible complexity, richness and power without being over-the-top or overly alcoholic. Balance with intensity is what comes to mind.
It's part of Penfolds' "Special Bin" program and made from vines planted in the mid-1880s, which are still alive and flourishing on their own rootstock. These are what some believe are the oldest Cabernet Sauvignon vines in the world. About 500 cases were made. It's only been made twice: 2004 and 1996.

The 2004 Cabernet Sauvignon Block 42 Kalimna (100% Cabernet Sauvignon) spent 13 months in 100% new 300 liter American hogsheads. The result is an opaque purple-colored Cabernet displaying a gorgeously intense perfume of graphite, acacia flowers, black truffles, blueberries, and blackberries. It is seamless, full-bodied, and opulent, with amazing intensity as well as high tannin levels. The latter component is largely concealed by a sensational cascade of fruit and glycerin. This remarkable wine should age gracefully for 20-25 years.

Tasted at the Fine Wine Experience “Dream Fourteen” tasting with Peter Gago. Sourced directly from Penfolds’ library reserves, the Kalimna Block 42 has a deep garnet/purple core. A huge, ostentatious bouquet: macerated black cherries, orange liqueur, over-ripe tangerines and a touch of cloves. You just want it to calm down but you will have to wait a decade. The palate is full-bodied with chewy tannins, a touch of spice, exuberant summer fruits, a touch of fresh fig. Bizarrely there is a flavour profile that reminds me of a Tokaji Essenzia on the finish and yet I cannot deny that this wine is beautifully balanced. Decadent, brazen, outrageous and downright sexy. Drink 2020-2040+ Tasted October 2009.

It's not known exactly when the Kalimna Block 42 was planted but there are suggestions that the vines existed during the latter part of the 19th Century. They could be the oldest Cabernet vines in the world, although the famous Metala Cabernet vineyard in Langhorne Creek was known to have been planted in 1891 so could very well pre-date Kalimna. Regardless, I've been there and the vines are truly old. Only very rarely does Penfolds release this as a single vineyard wine, when the Cabernet is so fabulous it can't possibly be blended. The 2004 Block 42 Kalimna Cabernet Sauvignon was such a vintage. Matured in 100% new American hogsheads for 13 months, it displays a very deep garnet-purple color and profoundly earthy / gamey aromas over black cherry preserves, creme de cassis plus scents of leather, pencil shavings, Mediterranean herbs, black truffles, underbrush and black olives. The elegant, medium-bodied palate is tightly-knit and led by structure with a high level of grainy tannins, very high acid and a long earthy finish. Approachable now, it should continue to evolve and drink to 2025+.

97
Lisa Perrotti-Brown MW, Wine Advocate (192), December 2010
Please note that these tasting notes/scores are not intended to be exhaustive and in some cases they may not be the most recently published figures. However, we always do our best to add latest scores and reviews when these come to our attention. We advise customers who wish to purchase wines based simply on critical reviews to carry out further research into the latest reports.
Follow Us