View all vintages of this wine | View all wines by Latour 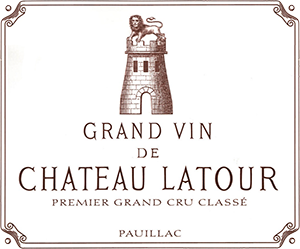 The 2010 Latour is conspicuously deep in colour. It has an intellectual, intense and captivating bouquet with mineral-rich black fruit, graphite and crushed rose petal scents. Utterly spellbinding. The palate is the real deal. Heavenly balance, perfect acidity with seamlessly integrated new oak, there is an enthralling crescendo towards a finish that is simply as good as Bordeaux gets. Impeccable. Tasted blind at Farr Vintners 10-Year On Bordeaux horizontal. Drink 2028-2070.

The 2010 Latour is deep garnet in color, and—WOW—it erupts from the glass with powerful crème de cassis, Black Forest cake and blackberry pie scents plus intense sparks of dried roses, cigar boxes, fragrant earth and smoked meats with aniseed and crushed rocks wafts. Full-bodied, concentrated and oh-so-decadent in the mouth, it has a firm, grainy texture and lovely freshness carrying the rich, opulent fruit to an epically long finish. It is incredibly tempting to drink now, but I suspect this hedonic experience isn't a scratch on the mind-blowing, otherworldly secrets this time capsule will have to reveal given another 7-10 years in bottle and continuing over the following fifty years++. 2024 - 2080

One of the perfect wines of the vintage, Frederic Engerer challenged me when I tasted the 2010 Latour at the estate, asking, "If you rate the 2009 one hundred, then how can this not be higher?" Well, the scoring system stops at 100, (and has for 34 years,) and will continue for as long as I continue to write about wine. Nevertheless, this blend of 90.5% Cabernet Sauvignon, 9.5% Merlot, and .5% Petit Verdot hit 14.4% natural alcohol and represents a tiny 36% of their entire production. The pH is about 3.6, which is normal compared to the 3.8 pH of the 2009, that wine being slightly lower in alcohol, hence the combination that makes it more flamboyant and accessible. The 2010 is a liquid skyscraper in the mouth, building layers upon layers of extravagant, if not over-the-top richness with its hints of subtle charcoal, truffle, blackberry, cassis, espresso and notes of toast and graphite. Full-bodied, with wonderfully sweet tannin, it is a mind-boggling, prodigious achievement that should hit its prime in about 15 years, and last for 50 to 100.

There is no denying the outrage and recriminations over the decision by the Pinault family and their administrator, Frederic Engerer, to pull Latour off the futures market next year. However, you can still buy these 2010s, although the first two wines are not likely to be released until they have more maturity, which makes sense from my perspective. Perhaps Latour may have offended a few loyal customers who were buying wines as futures, but they are trying to curtail all the interim speculation that occurs with great vintages of their wines (although only God knows what a great vintage of future Latour will bring at seven or eight years after the harvest). As a set of wines, the 2010s may be the Pinaults' and Engerer's greatest achievements to date. Of course, I suspect the other first-growth families won't want to hear that, nor will most of the negociants in Bordeaux, but it's just the way things are. Frederic Engerer, by no means the most modest of administrators at the first growths, thinks it would be virtually impossible to produce a wine better than this, and he may well be correct. If they gave out Academy Awards for great performances in wine, the Pinaults and Engerer would certainly fetch a few in 2010. P.S. Just so you don't worry, Engerer offered up the 2009 next to the 2010 to see if I thought it was still a 100-point wine, and yes, ladies and gentlemen, it still is.

The aromas of flowers such as roses, violets and lilacs jump from the glass then turn to dark berries such as blueberries and blackberries. It's full-bodied, with velvety tannins and dense and intense with a chocolate, berry and currant character. This is juicy and rich with wood still showing a bit, but it's all coming together wonderfully. Muscular yet toned. Another perfect wine like the 2010. Try in 2022.

Deep crimson looks only slightly more concentrated than Les Forts. So much more nuanced and intersting than Les Forts! Full of life and intrigue. It has such fruit concentration that you could, if you really wanted, almost drink it now with chewy food. This is really quite a triumph. Kerpow! But no specious sweetness. Most impressive. 14%
Drink 2023 – 2053

Many have called this the best vineyard in the world and the dynamic Director of Chateau Latour, Frédéric Engerer, is determined to make the greatest wine possible. He has the confidence of owner, François Pinault, to do all that it takes to achieve this aim. Production levels have been slashed in recent vintages with only the best parcels of vines now producing grapes for the Grand Vin. Latour has always had a fantastic terroir and now has a wine-making team working with state-of-the-art modern equipment under inspired leadership. In the last 10 years Latour has made the wine of the vintage more times than any other Chateau. This wine is made from only 36% of the vineyard's total production and is a strong expression of Cabernet Sauvignon - 90.5% of the blend with 8.5% Merlot and a touch of Petit Verdot and Cabernet Franc. A dense, inky-black colour. The nose is full of spice, leather and cassis fruit. There is massive structure and unfathomable depth here. It simply goes on and on, with wave after wave of black fruit. Viscous, thick and mouth-coating, it is warm in alcohol yet dry and firm. Monolthic and massive, this is a wine for the grand-children that may well take 30 years to reach maturity. We had Derek Smedley MW tasting this with us, who first sampled the 1961 vintage here in 1962. He said that the 1961 then tasted very much like this 2010 does today. The 2009, shown alongside it, seems much sweeter and opulent - the new 1959 perhaps? - while this is a tannic brute that will out-live us all. A masterpiece.

Unbelievably pure, with distilled cassis and plum fruit that cuts a very precise path, while embers of anise, violet and black cherry confiture form a gorgeous backdrop. A bedrock of graphite structure should help this outlive other 2010s. Powerful, sleek and incredibly long. Not perfect, but very close. Best from 2020 through 2050.

The nose is serious profound with concentrated richness and power. The palate is deep packed with sultry brooding fruit and despite firm tannins it is remarkably lush. There are seamless layers the mix of powerful flavours lingering on the long finish.

Sensational depth of colour, incredible sweetness and ripeness of fruit, but very massive now, a monumental expression of the Latour vineyards. Drink 2025-70.

It's too early to know for sure, but the 2010 Latour appears to be a huge and massive Pauillac fruit bomb from this property. With 14.4% natural alcohol, this blend of 90.5% Cabernet Sauvignon, 8.5% Merlot and .5% Cabernet Franc, director Frederic Engerer told me it is unlike any other wine made at this estate. Possessing abundant amounts of everything, it even eclipses the 2009 in terms of power with a lower pH and higher total acidity. Representing only 36% of the production (making it even more difficult to find than usual, as this is the smallest of the Medoc first growths), it possesses an opaque black/purple color along with an extraordinary perfume of spring flowers, blueberry, blackberry and cassis liqueurs and hints of white chocolate as well as earth intermixed with vague charcoal and truffle-like components. With unreal concentration, full-bodied power, and a precision, freshness and refined level of tannins that are something to behold, this remarkable offering is one of my personal favorites of the vintage. It will undoubtedly shut down after bottling and enjoy 50-60 years of longevity.

The Latour 2010 has a very precise bouquet with outstanding mineralité and tension - a regal bouquet that just soars from the glass, subtle notes of limestone and cedar loitering in the background. It just explodes with aeration in the glass, dialling everything up to "11". The palate is medium-bodied with ripe and bold tannins that support layer up layer of black fruit. There is a lovely spicy edge here and huge volume and penetration towards the finish. Outstanding. Not a perfect score here...but its 20-years too early anyway. Tasted January 2014.

Tasted at the chateau, my sample was decanted for almost three hours. After the fireworks on the nose of the Les Forts de Latour, the Grand Vin comes as a shock. You have to readjust your mindset - this is subtle, understated, brooding Latour. Leaving it to one side to open up, it gradually unfurls to reveal very precise black fruits and minerals. It is not as immediate as say, Margaux or Lafite, but draws you in to its charms. The aromatics are misleading. The palate is incredibly intense with mouth-gripping tannins even although the IPT is actually less than the Les Forts de Latour. It offers unbelievably intensity, an almost brutal Latour at the moment that will need 15-20 years in bottle before it becomes approachable. This will rank alongside legends such as the 1961 and 1982 - but it is a wine for the next generation, not mine. Tasted November 2012.

A blend of 90.5% Cabernet Sauvignon, 8.5% Merlot, 0.5% Cabernet Franc and 0.5% Petit Verdot with 14.4% alcohol. The Grand Vin is quite conservative and "strict" at first, very pure with cedar and graphite dominating the profile against a backdrop of pure black fruit. But it opens up with 3-4 minutes of aeration with hints of gravel, perhaps crushed rose petals lending it a femininity to counter its intrinsic masculinity. The palate is full-bodied with firm tannins, real grip in the mouth, even more intensity than the 2009 but with that weightlessness and elegance towards the finish. Extraordinary. Drink 2020- Tasted March 2011.

19 Drink 2025-2055
90.5% Cabernet Sauvignon, 8.5% Merlot, and a drop each of Cabernet Franc and Petit Verdot. 36% of total production. Extremely dark purple. Again, more 'glamour' than I expected. Especially on the nose. Very ambitious and gorgeous. Thick and dense and hugely long term and dry on the end. Spices - something quite Asian about this - a hint of Szechuan pepper. Explosive. Super dry and introvert but with great velvety texture. So introvert and super dry, super Latour. Monumental. The massive fruit lurks underneath the very ripe tannins at the moment. IPT 83, less than Les Forts, but it tastes much firmer. 14.4%

19
Jancis Robinson MW, JancisRobinson.com, April 2011
Please note that these tasting notes/scores are not intended to be exhaustive and in some cases they may not be the most recently published figures. However, we always do our best to add latest scores and reviews when these come to our attention. We advise customers who wish to purchase wines based simply on critical reviews to carry out further research into the latest reports.
Follow Us