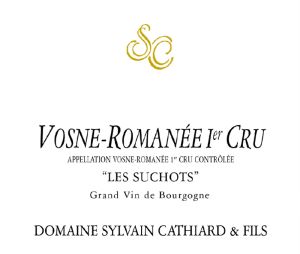 Tasting note: A more reserved but equally complex nose that is quite similar in terms of aromatic breadth and depth if perhaps slightly less cool and airy leads to rich, full, intense, palate saturating and powerful flavors that are driving, pure and hugely long. This really drenches the palate with dry extract and the intensity is such that one cannot be indifferent to this wine.

Producer note: Sylvain Cathiard has been joined by his son Sébastian who will slowly begin to take over the domaine. Sylvain says that he will turn over more and more of the day to day operations and in 5 to 10 years, Sébastian will be ""prepared to take over from A to Z."" With respect to the 2005, the elder Cathiard told me that the ""harvest looked like a postcard it was so beautiful. Seriously, you could take almost any bunch, pose it on something and take a picture of it. The bunches were symmetrical, the grapes perfectly ripe and everything was clean, clean, clean. And when you have such terrific fruit, making wine is literally easy. There was almost no sorting and what was sorted was more the odd leaf or bug rather than under ripe or damaged fruit. Yields were good if not great at around 38 hl/ha with excellent sugars that averaged 13%. The malos were normal and while it's still very early, it's been a while since I've seen such quality.""

Note: because Cathiard did the viticultural work for Thomas-Moillard in Romanée St. Vivant and Malconsorts, both parcels which were part of the sale to Domaines Dujac and de Montille, Cathiard will receive .43 ha of the Nuits 1er Aux Thorey, the first vintage of which will be 2006. Cathiard added that there is a certain justice in all of this because it was his grandfather who replanted the parcel of Aux Thorey in 1953.

90/93
Allen Meadows, Burghound.com (25), January 2007
Please note that these tasting notes/scores are not intended to be exhaustive and in some cases they may not be the most recently published figures. However, we always do our best to add latest scores and reviews when these come to our attention. We advise customers who wish to purchase wines based simply on critical reviews to carry out further research into the latest reports.
Follow Us